The emergence of internet and technology have brought change in almost every aspect of life. The Internet is a limitless pool of mind expanding and knowledge enhancing information. Social media, being the lovechild of internet and technology, is also significantly contributing to the vast wealth of free education. Facebook as a social media platform allowing the users to connect with millions of people around the globe instantly. It is revolutionizing the process of communication and with that comes a growing number of Facebook fails!.

By providing a social networking service Facebook is providing accessibility to highlight issues which are affecting and interesting to young people. It helps people in developing a voice and building trust. Facebook as a social media platform has also provided a significant advantage that when someone says something stupid Facebook publishes it for the entire world to see.

The grumblers and misanthropists can judge from these stupid posts that our so-called modern society is growing progressively dumber. Social media, by giving a public mouthpiece, is enabling people to voice their idea and opinions for better or for worse. Like everything in life social media sites particularly Facebook also have a downside or dark side. Status update is the key feature of Facebook which allows the user to tell the world how they are feeling but there is some hilarious post on the Facebook as well.

In order to get the attention of the social group people share crazy pictures, make hilarious comments and update funny statuses. On the dark side of the spectrum people also (sometimes whole-heartedly) post Facebook fails or stupid content. Here is a compilation of 10 top Facebook fails that describes that Facebook is full of funny and stupid people.

Facebook was founded in 2004 with an objective to provide people a platform where the world is more open and connected. It was designed to be free for users. The below-mentioned post is highlighting the company should have to control the information being shared the users. The post is illustrating the progress of a dumb and stupid society where people will celebrate the New Year in this way. 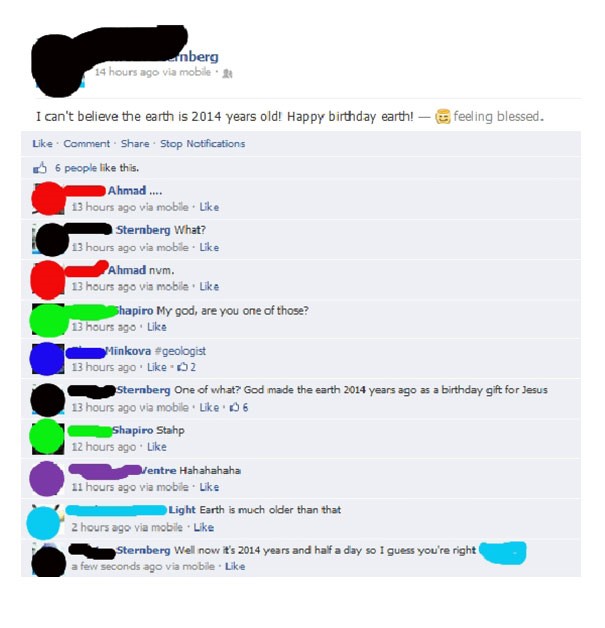 This is the worst Facebook post which significantly irritates and annoys the Facebook users. A large number of people found this post excruciatingly painful. These posts are nothing but silly little mind teasers which are designed and shared to gain the attention of people in a social group. 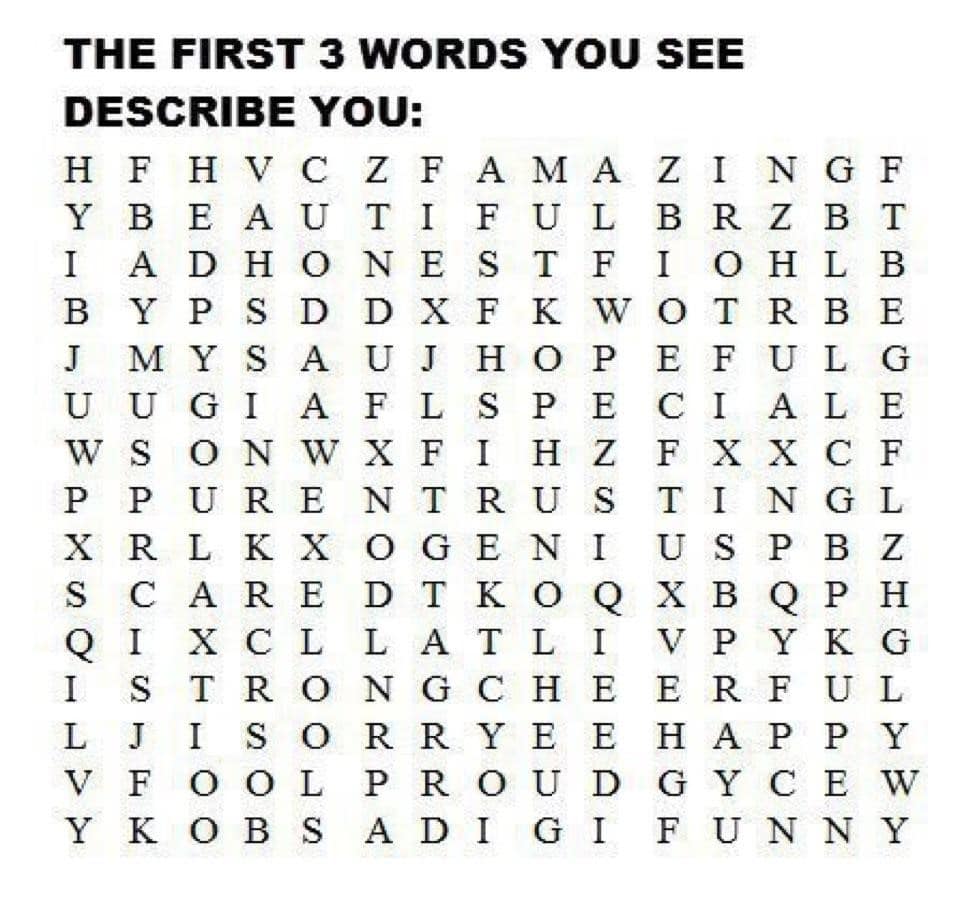 Facebook is an intensive pool of human interaction which allows the users to interact with each other around the globe. This social networking platform provides the opportunity to interact with people in the digital world. Facebook was established with an objective to increase the connection between people and increase understanding between disparate groups.  These kinds of posts are considered as complete Facebook fails due to its influence and after effects on society. These types of posts communicate the message of stereotyping and create a bad image of one group of people to another group of people or country. 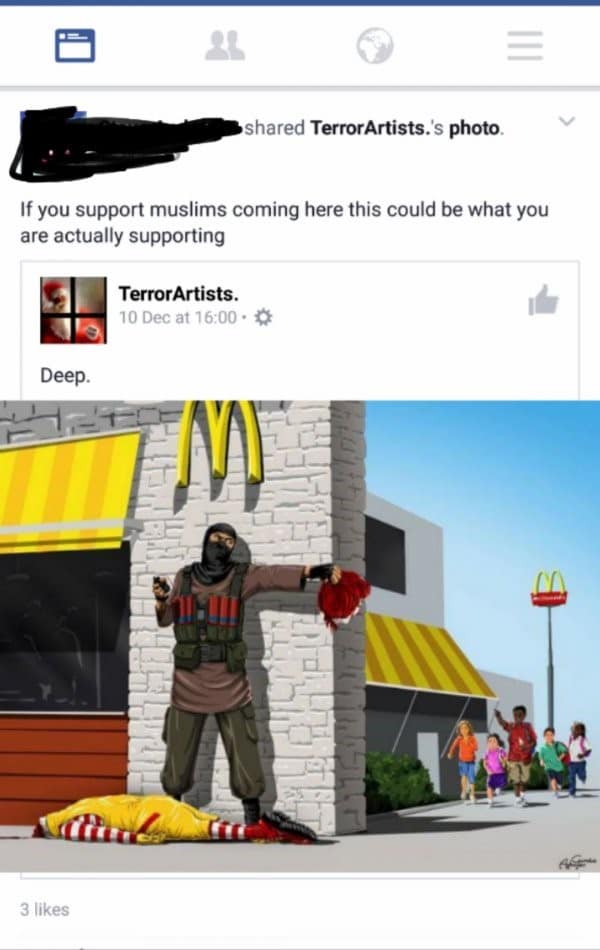 Sharing useless information on Facebook is something which seems ridiculous. Entertainment is one of the most significant objectives of Facebook. These kinds of posts are not the source of entertainment for users. These types of posts and information misguide a large number of people and increase personal conflict between members of a social group.

5)   Manipulative posts that play on emotions

Facebook is a social networking platform. It is a source of interaction which creates and strengthen the relationship between friends and family members. Calling someone for help on a social media platform is suitable for appropriate times. The post mentioned below is an emotionally driven intention of getting the reader into the same emotional state. These kinds of posts claim that if you don’t share an individual post or status, then you would be cruel and heartless.

By looking at this kind of post, we would be pretty convinced that the world is doomed. The sheer number of dumb people by showing the highest level of stupidity is contributing to the progress of a silly society. The interesting thing about those people is that they are not afraid of letting other know that they exist. They are openly broadcasting their stupidity on Facebook. The below mentioned Facebook post is one of those Facebook fails which shows the highest level of stupidity.

For fun and entertainment, everyone has the right to be stupid, but some people are abusing the privilege. Such posts are not making sense of entertainment on Facebook. The above-mentioned post is illustrating that nonsense and stupidity is abundant in this user.

Excruciating stupidity is everywhere around us. In the form of Facebook, stupid people are thriving by having a platform and voice as well. Everybody in his social network on Facebook would have a list of stupid and most irritating posts shared by annoying friends. The above-mentioned posts are highlighting the height of stupidity.

This is again a Facebook fails post shared by someone on the social network. The post is making the fun of language and speaking skill of Indians and Asians.

Internet being an excellent tool have changed the life of millions. A variety of reasons influence that we should have to thank the internet and technology. The Internet has increased freedom of speech by giving a public forum to everyone. If anyone wants to be heard, he can use online platforms. If some want to be heard by his friends and family, they can use Facebook. It is also true that when stupid people get a hold of this online platform, then Facebook failures happen frequently.

We are living in the Facebook era. Everyone has a profile on Facebook, and they can share every single event of their life with their friends, family members, and acquaintances. Facebook is inevitably giving plenty of entertaining posts and funny statuses, but we can also find a list of worst posts shared by a large number of people.

The above mentioned Facebook fails are highlighting that the purpose of Facebook is losing day by day. It is contributing to developing a dump society where stupidity is termed as entertainment.